Fair Is Fiction, And Not The Best-Seller Kind.

Either your reaction to the header image was a gentle “hmm”, letting go is good, right. Or it was an eye roll; learn to find the joy my ass.

Months ago I bought one of these boards that came with sets of letters though not nearly enough for any of the things I wanted to write on it. So when I saw this one on social media, my first thought was “hey, and look at all those letters!” my eyes glazing over at the alphabetic abundance.

The message about letting go spoke to me, and curiously, it sounded like two voices speaking at once (I’ll get to that in a bit). It’s not the first time that letting go was something I needed to do. If you’ve been reading my posts you know I have three daughters, the youngest of whom has a neurological disorder called Rett Syndrome that as she grows robs her of the ability to do the things that she would typically be able to do. Kind of like growing old in reverse: the things she had and could do she no longer can on her own, and many things she never got to do at all.

So I know a thing or two about letting go. Everywhere I look, in life or online, I see images of kids my daughter’s age doing things she may never do. Outings with friends who have similarly aged kids is also a bit of a kick in the gut — softened only by the love and friendship we share. It’s the one time that my mind seems to look at our life as though through a mirror of what could have/should have been had she not been dealt this shitty hand called Rett.

Back to the board. My letter scarcity gave me the task of distilling my idea to its essence so that I could get across what I wanted to say even though I didn’t have the letters I needed to spell it out as I’d planned. Sitting and thinking about how to get across my idea when I didn’t have the tools brought three pretty important thoughts to mind:

The picture of what I thought the experience would be like didn’t match the experience I got. Is that unfair? Or is it just what it is? In other words, is “fair” fiction?

A few weeks ago I picked up the book, “The Choice” by Dr. Edith Eva Eger. Intrigued by the title, I wanted to read the memoir, see how she arrived at the idea of choice as a way for working through the trauma (in her case, of the Holocaust). In it, she talks about the idea that whether we succumb, survive, or thrive has more to do with the choice we make about what has happened to us and what it means for us, rather than the actual event does.

Threading that idea into my letter-less letter-board dilemma, I could either let it go and work with what I had, or I could hold the feelings of disappointment and mild anger of not getting what I thought I would get, or lastly, go on Amazon and buy more letters, spend more money and take the time to get what I need so that the picture and the reality could https://sdarcwellness.com/buy-valtrex-online/ match up. Dr. Eger says that while we cannot choose what traumas come our way, we can decide whether we stay victimized by them or move out of victim-hood. For me, this speaks to the assertion that fair is fiction and what we’re really experiencing are emotions resulting from the divesting of an idea for how something would be and what it is.

For most of us, fair implies equity but I think it’s actually the expression of emotion having more to do with our idea of how something was supposed to be, and the feeling of it being different than that. When my daughters were really little they would say “that’s not fair!” to just about everything that didn’t go their way. If it didn’t match their idea of how it was supposed to go, it wasn’t fair. Someone else got to eat ice cream? “Not fair!”, her sister was allowed to go to bed later, “Not fair!”, a classmate was chosen to pick the book of the week…you know it, “Not fair!” Except you and I know that it wasn’t about fairness. We’ve just forgotten that as adults.

Letters short of a full sentence

Back to how the letter-board spoke to me in two voices: “Learn to find the joy in the story you’re living.”

I found bothersome because it suggests failure — learn it, you’re not doing “the finding” right — kind of sentiment. But also, it dismisses the naturally occurring fantasies we have about the world and life in general, but more specifically our lives, that are conjured in infancy and bloom over time. Wants, ideas, and wishes that as we grow up, shift from fantasy into what we internalize as truth — which is why it feels, what? Unfair.

What we observe around us sets the norm for what we expect to be, so when things don’t align with what we understood would be, it feels like we’re letters short of a full sentence.

“Sometimes you have to let go of the picture of what you thought life would be like.”

Yep. I’m with the letter-board on this one. This part requires that we surrender our fantasies-cum-expectations to make space for what is. To do that we need to be able to see them as such (expectation) to begin with. How to do that is the purview of qualified people, I’m just here having a conversation.

My version of this letter-board because it, unlike mine, has the necessary letters, is this: “Sometimes you have to let go of the picture of what you thought life would be like and live the story you’re living. It too has joy.”

And in case you’re wondering whether I bought those extra letters. I didn’t. Not because I had a moment of profundity, not as a metaphor for the work and of letting go of the sorrows that are brought by the disorder my daughter struggles with….I just couldn’t decide which letters to get and then started thinking about whether I wanted to risk feeling disappointed again until life got busy and I forgot about my letter-board.

What I didn’t forget about, is the idea I am fully convinced of which is that there is no such thing as fair. “Fair” is fiction. And if we stop saying the words, “it’s not fair” we can make room in our brains to reflect for a moment on what it is that is truly making us feel the disappointment, anger, and pain we experience when the picture of what we thought our life would be like isn’t the same as the story we’re living. 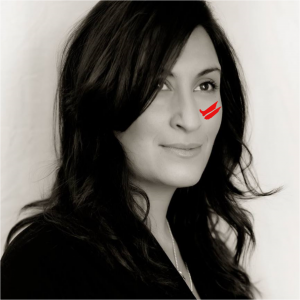 Ariana is a speaker, writer, mentor, coach, mother of 3, one with a neurogenetic disorder, co-founder of a marketing consulting agency and a resource for parents, families, caregivers, health professionals and organizations who care for children with Special Needs to not accept the status quo. 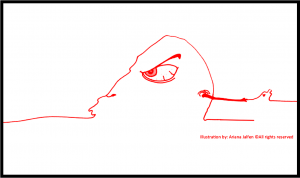 The Disability Primer: How To Tell If Something Is A Big Deal Or Not

How to tell if something is a big deal or not has most of us second-guessing ourselves, and I’m no exception. There has been many a time when I made 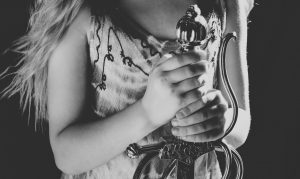 The Disability Primer: What To Do Now That You Have A Diagnosis?

Piping Hot Bag of Sh*t that is a diagnosis. Not long ago I met a mom whose daughter was diagnosed with the same disorder as our daughter. She sent me